In these Attack scenarios, we're going to be doing a lot of things that can be crimes if done without permission. Today, you have permission to perform these kinds of attacks against your assigned training environment.

In the real world, use good judgement. Don't hurt people, don't get yourself in trouble. Only perform security assessments against your own systems, or with written permission from the owners.

Red has been mining bitcoinero for a few months now, and it's starting to gain some value. To capitalize on this bubble, Red uses a service that sells shell access to expand the mining pool. To find the compromised website, run the following from your Cloud Shell terminal:

Log into the URL in a browser, and you should be looking at a working web terminal. 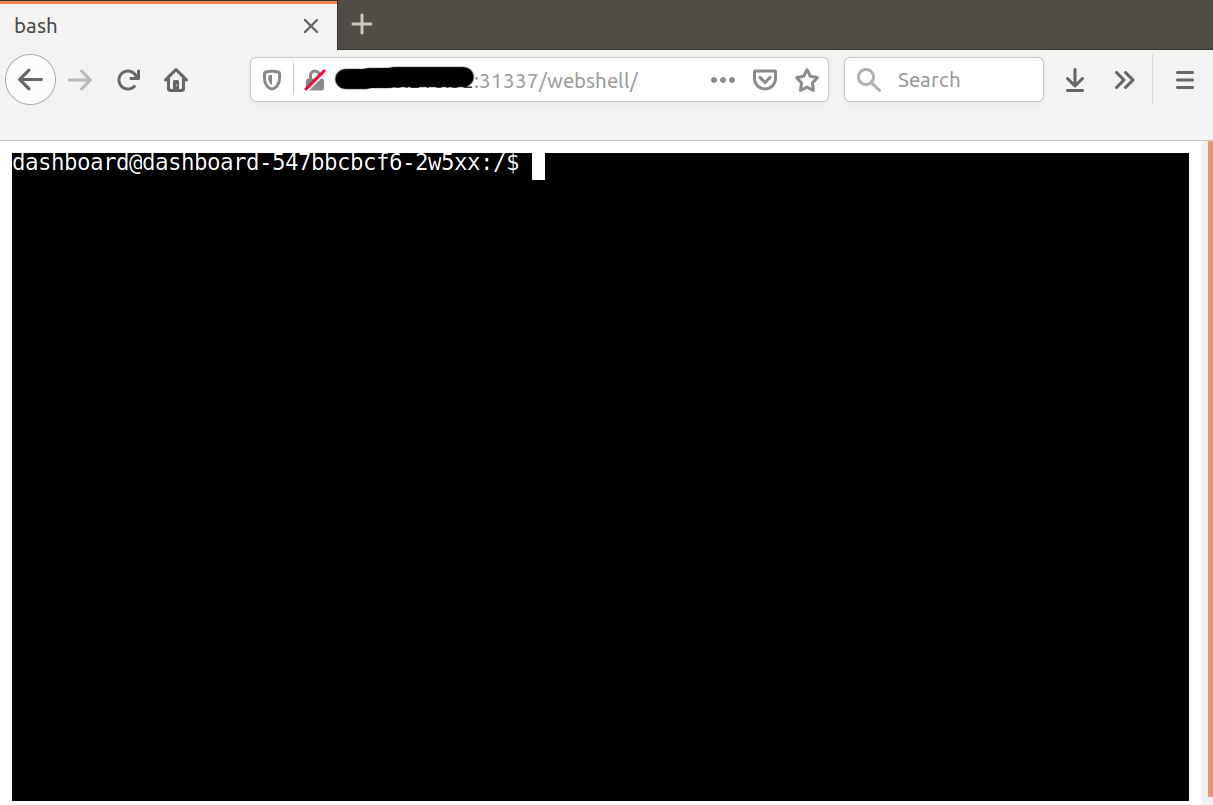 Attacking a system is a problem-solving process similar to troubleshooting: Red begins with a goal (deploy an unauthorized cryptominer) but doesn't really know what resources are available to achieve that goal. They will have to start with what little they already know, perform tests to learn more, and develop a plan. The plan is ever-evolving as new information is gleaned.

Since Red already has a shell on a compromised host (Thanks, Natoshi!), the process is fairly simple. They need to identify the resources available to them by poking around, and then run the cryptominer as easily as possible:

Let's become Red and try some basic information-gathering commands to get a feel for the environment:

Note that the kernel version doesn't match up to the reported OS, and there are very few processes running. This is probably a container.

Let's do some basic checking to see if we can get away with shenanigans. Look around the filesystem. Try downloading and running a basic Linux config auditor to see if it finds any obvious opportunities. Search a bit on https://www.exploit-db.com/ to see if there's easy public exploits for the kernel.

That's not getting us anywhere. Let's follow-up on that idea that it's maybe a container:

This tells us several things:

We have typical Kubernetes-related environment variables defined, and we have anonymous access to some parts of the Kubernetes API. We can see that the Kubernetes version is modern and supported -- but there's still hope if the Kubernetes security configuration is sloppy. Let's check for that next:

By default, kubectl will attempt to use the default service account in /var/run/secrets/kubernetes.io/serviceaccount -- and it looks like this one has some API access. Note that we can't see anything outside our namespace, though.

Let's inspect what all we can do:

Can we create pods in this namespace?

Happy day! Our service account is admin in our pod's namespace! Maybe the dashboard on port 31337 needs that much access? Anyway, this gives us what we need to achieve our goals.

We can see the bitcoinero pod running, starting to generate us a small but steady stream of cryptocurrency.